with guest art from ItMustBeBunnies!

Hello and welcome to the Buffy Boards newsletter! Another, unintended newsletter hiatus have delayed the release of the issue but here it is.... finally! Read-on to see what's been going on and what's coming here and in the Whedonverse...

But first some handy tips for those of you how are new to the boards... Potentials look here! 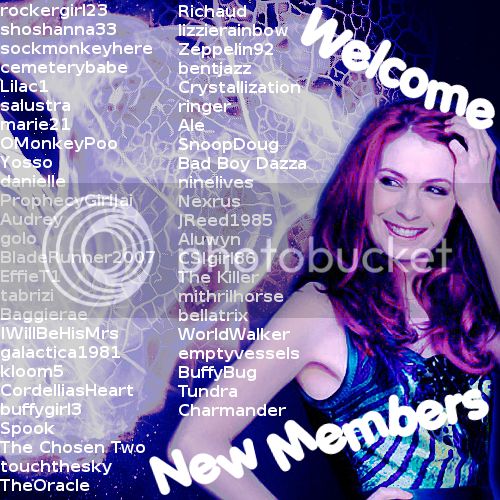 New to BB - these are the places to go! Check In; is where you introduce yourself (now don't be shy, we know you want to and we want to know!), Bad Eggs; is where you find guidance ... we all need a little help from time to time, so who best to help you than your very own personal guide to BB? Get yourself adopted by an existing member and they will show you the ropes, answer any questions and generally take care of you as you settle in. Pop into the forum Bad Eggs and start a thread asking for someone to adopt you and someone will snap you up!
Last but not least Angel Investigations - is where we help the helpless! If you still find yourself with unanswered questions after reading through the FAQ, then this is your next stop. Have a browse through the forum and see if other people have already asked your question and find your answer and if you still need to know something then start a thread in Angel Investigations and we will answer it ASAP.

Please be sure to read the FAQ before you post.
https://www.buffy-boards.com/faq.php

This is where you go for the board updates! Something looks strange? What's going on? Look no further "“ this is the place where you get the answers. The Buffy Boards news forum is where we let you know what's up and what's coming "“ check in to see if you've missed anything!

You haven't missed that Black Eye Guy is a head moderator now have you? If you have, pop on by the forum to see what else you might have missed, a Scooby needs to be up to date... lives may depend on it

important note - the store is on hiatus. But remember... keep calm and call Giles!

Let's watch some Buffy! Join us, comment, hop in for an episode or two... whatever suits you. Let's get this Buffy train going. We are currently on season three so if you desperately need some Faith, Hope and Trick... tweet us all about it!

The saga's continue. Head on over to our season 9 forum to discuss what's happening in the verse.
Something big has happened to Giles... tune in to find out what!

And while we're at it... let's give this thought provoking thread a glance - "2013:Is the world better?"


Buffyverse Fan said:
As of 2013, is the world better for the existence of the Scoobies and their allies?
Click to expand...

It's a clash of the titans! The House of Sineya and The House of the Black Thorn are duking it out "“ over one of our members souls!!

Mr. Pointy is on the line here. Do you want him to pick your house? Be ready for some stiff competition... in this thread you can view the submissions trying to sway him to either side.. there's both cookies and Tardis... what will he choose?

THE WHEDONVERSE
Whedonverse's latest news and announcements in short (for more details go to the forum here https://www.buffy-boards.com/forumdisplay.php?s=&daysprune=-1&f=6): 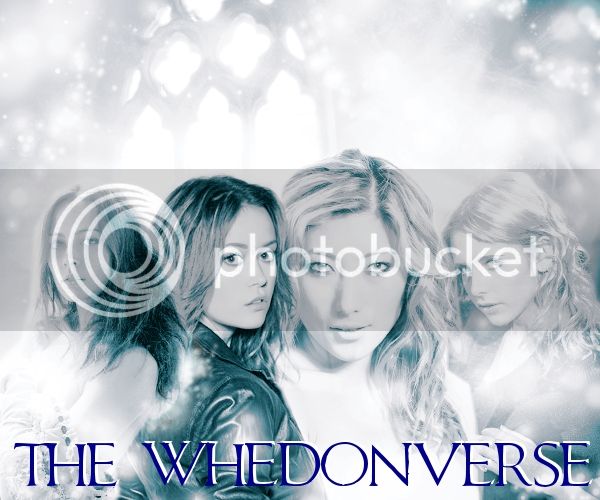 What's going on with all of our favorites? Firstly we're excited to announce that Sarah Michelle Gellar's (Buffy)new show "The Crazy Ones" have been picked up! Our favorite Slayer will soon be back on your TV every week and this time in the company of none other than comedy legend Robin Williams. Another Buffy alumn "“ Amber Benson (Tara) has started a kickstarter campaign for her project "Blood Kiss" a vampire flick that will surely send chills down your spine! Then we have Marc Blucas (Riley) whose show "Killer Women" has just released its first trailer!
David Boreanaz (Angel) gave a commencement speech at his old college and inspiringly tells students to persevere through their mistakes! And Joss Whedon is now officially on twitter... what more could we need? :=

Buffy asks BB:
If you could chose between a Buffy movie "“ reuniting the original cast "“ or a new Buffy tv-series with an all new, young cast "“ what would you pick?

Give us your answer in the feedback thread 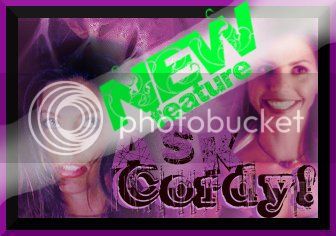 Hey Cordy. At Sunnydale high you students are all walking around in dresses and t-shirts "“ how come Giles "“ whose in three piece suits "“ does get heat exhaustion or the like? What would you suggest for him to improve his style?
Click to expand... 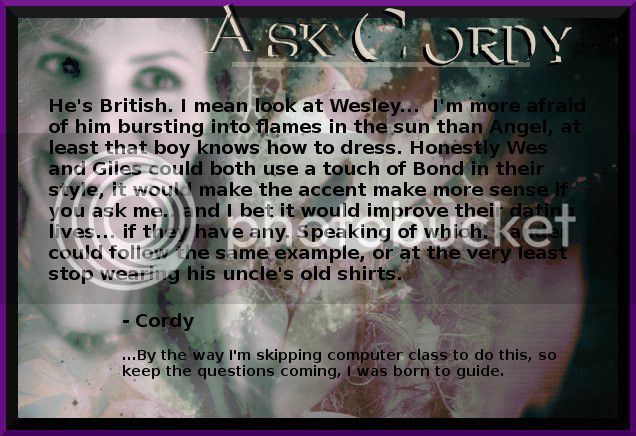 Do you have a burning question that you need a blunt answer to? Ask Cordy! Because tact is just not saying true stuff!

PM me your questions and they will appear in the nexts newsletter...


Member Recognition:
There are so many amazing posts here at the boards it is hard to keep up sometimes. Each month, some posts jump out amongst the others, for being particularly well written or thought provoking, and here are our picks from the last couple of months:

Kean in "Was Anya out of line in Empty Places?"
https://www.buffy-boards.com/showthread.php?t=59392&page=2

Kean said:
Leadership is something you earn. It's also something you are given. And a lot of times, it's something you take. Regardless of how it comes to you, it is something you have to prove yourself worthy of. Luck has nothing to do with it. I believe Buffy had proven herself, several times over. If nothing else, she had earned the loyalty, support and trust of the Scoobies. Even if you can't agree to that, they owed her the respect of airing their concerns privately.
Click to expand...

Robb Stark in "Am I the only one with no sympathy whatsoever for Holtz"
https://www.buffy-boards.com/showthread.php?t=61312&page=1

Robb Stark said:
I felt sympathy for Holtz at the beginning of the arc. I understood his anger and his anguish. However, as the writers intended, he crosses the line far past the point of no return.

As the post above me said, Holtz finding out that Angel isn't Angelus, and then desiring vengeance and Angel's death even more, is just evil to me. He fully acknowledges that Angel isn't culpable for Angelus' crimes against his family, and he doesn't care. That's when he crosses the threshold. Plus, the way he treats Wesley is beyond unconscionable.

I have the impression that once upon a time, Holtz was a good man. But he isn't any longer, and ultimately he's the one who made that decision. Giles was able to come to terms with Angel, because he saw the grey. Holtz didn't even make an attempt.
Click to expand...


AbraxasP3 said:
This episode finally caught my attention when I watched it a few days ago. I have watched the episode before and interestingly enough, not really processed the likelihood of something like this happening & nobody noticing.
I like the episode - I think the contraption Faith uses to do this is rather interesting, and the acting from Sarah and Eliza is top-notch. I can't decide which actress did a better job because they both displayed an amazing sense of knowing the other characters and their mannerisms.

Having said that, yes, it's very outrageous to me that Faith would have been able to pull it off for as long as she did. It's so obviously not Buffy at all - it's definitely a hard sell for me to believe that Willow wouldn't catch on - BUT I do find it rather rad that Tara was able to sense something when we as an audience haven't been that used to her as a character - it's one of the few things that forehadows the potency of her character later on in the series. What I will mention is that Tara's whole demeanor changed a little as the series progressed. In season 4, Tara is very shy, reserved, quiet, and her body (mostly her head) is always slumped down in a weird position -- this changes drastically in season 5 & 6 -- I can only imagine this to be explained by her sudden friendships and love of Willow.
But her ability to know it was not Buffy is really kinda neat.

A few other series have delved into this same plot (Charmed, Supernatural, Warehouse 13 - to name a few). I think "Buffy" and "Charmed" end up doing it very well because it's all about character & the dialogue - and it's great in "Buffy" when the special affects come secondary to character development because no matter what the writing is always fantastic. I know Joss has always wanted us fans to have a well-rounded series.

Like I said, I do find it unlikely for Willow, Spike, Riley & Xander not to of known that something was horribly wrong.
The body switcheroo is probably something the writers were wanting to try for a while (and to do it between 2 slayers probably looks the best on paper). And season 4 is kind of the most logical time to do it because each character was (to some extent) out of sync - gone were the days of high school when they were all glued to eachother. Both Buffy & Willow recognize this in "Primeval" when they are descending down the elevator shaft of the Initiative.

Definitely a fun episode but I now get a good kick out of nobody realizing Faith has hijacked Buffy's body, especially when it comes to the scenes in the Bronze
Click to expand...

tabrizi said:
1. Hi there, how did you find BB?

I watched it on TV in secondary school, I suppose from word of mouth but I've watched it for as long as I can remember!

2. What do you think about it?
Great writing, great execution, and great mythology especially as it developed over the years. It's my favourite 'verse' by far; though like everything it's not perfect...it's close enough!

3. Who is your favorite Whedonverse character?
Willow/Giles/Willow.

4. What is your favorite Whedonverse episode?
The Body in terms of writing and Grave in terms of geeking out over Willow being badass and awesome.

5. What does a day in your life usually look like?
I've just finished Law School so at the moment I am putting most of my time into Rivet Studios Ltd, a company of which I am Company Secretary, we make games

I play a lot of tennis and so my day tends to go
uni/work => tennismatch/practice => home/reading buffy season 8/writing on Buffy Boards!

I also try and write a lot inbetween, as one day I'd love to make living of off writing.
Click to expand... 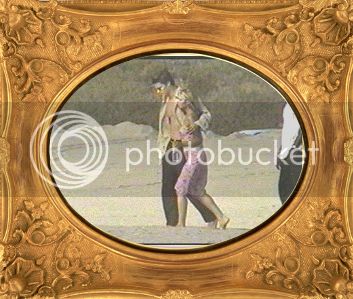 Back in the day... Buffy and Angel, or Sarah and David if you prefer, take a walk to hydrate between the rare beach-shoot of premiere episode "Anne", BTVS s3.

That was it for this time but we'll be back soon and until then "“ Keep Calm and Buffy Board!