New to BB - these are the places to go! Check In; is where you introduce yourself (now don't be shy, we know you want to and we want to know!), Bad Eggs; is where you find guidance ... we all need a little help from time to time, so who best to help you than your very own personal guide to BB? Get yourself adopted by an existing member and they will show you the ropes, answer any questions and generally take care of you as you settle in. Pop into the forum Bad Eggs and start a thread asking for someone to adopt you and someone will snap you up!


Last but not least Angel Investigations - is where we help the helpless! If you still find yourself with unanswered questions after reading through the FAQ, then this is your next stop. Have a browse through the forum and see if other people have already asked your question and find your answer and if you still need to know something then start a thread in Angel Investigations and we will answer it ASAP.


Please be sure to read the FAQ before you post.

Much Ado About Buffy Boards

We are currently planning and plotting to make Buffy Boards an even more fun place to visit! Stay tuned for further updates

continue to our news forum here to see if you've missed anything!

Keeping up with the WHEDONVERSE

(for more details go to the forum here https://www.buffy-boards.com/forumdisplay.php?s=&daysprune=-1&f=6):

Is it time to “hang up the stake”? Do you think that Buffy’s 10th season should be it’s final? White Avenger raises this question in “Hanging up the stake” – go here to discuss https://buffy-boards.com/threads/hanging-up-the-stake.63572/#post-1125289

If you do think BTVS should say their goodbyes – how do you feel about “Angel & Faith”? Does the end of one inevitably lead to a decline in the other?(answer in the feedback thread)

WHAT's GOING ON WITH THE CAST:

Also – it’s a Halloween-off! Who wore the best costume… as far as adorable goes former Buffy and Angel stars Alyson Hannigan and Alexis Denisof never disappoint… but this year Dr. Horrible – I mean Neil Patrick Harris – won the best family costumes in my book! Which one is your favorite? Are you Team Frog or Team Batman?

There are so many amazing posts here at the boards it is hard to keep up sometimes. Each month, some posts jump out amongst the others, for being particularly well written or thought provoking, and here is our pick from the last month:

@The Bronze in “Reasons to be the Slayer”;


The Bronze said:
Well on a very simplistic level I guess her honeymoon period away from Slayer duties would probably be rudely interrupted by the world ending.


Being The Slayer is a tough gig and it was one Buffy never asked for. Before being called Buffy was living a normal and relatively happy life, blissfully unaware of all the problems in the world. Afterwards she has to face up to the brutality of the world she lives in and partially at least her calling led to the separation of her parents. It's worth remembering if it wasn't for the impeccable timing of the heroic Mr Harris Buffy would have died, aged just 16. She faces years of physical, mental and sexual attacks. My point being that it's not like she's sulking or making a big deal out of nothing when she thinks about walking away.


What draws her back of course is a combination of factors that most people have mentioned above. As @EVIL UU says she can't stop being the slayer. It's inside of her and a part of her. Even if she were to look the other way and hide, she physically will always be the same. This includes the enjoyment she gets from fighting. She didn't chose to be that way but a slayer does enjoying fighting to a certain extent, it's their nature.


Buffy knows that without her taking part in the fight the world will be significantly worse. There'd be no point being a retired slayer in a hell dimension. You and a your friends would be in even more danger or most likely dead.


On a personal note though Buffy is just a great person. She wants to do the right thing. She wants to help people and protect people the best she can. So she may begrudge being thrust into the real world. She may hate any number of things that have happened to her and the people around her. The responsibility may be crushing at times but genuinely quitting was never going to be an option for Buffy on the show.
Click to expand...

You haven't missed the gorgeous art of member @RWTSB have you? 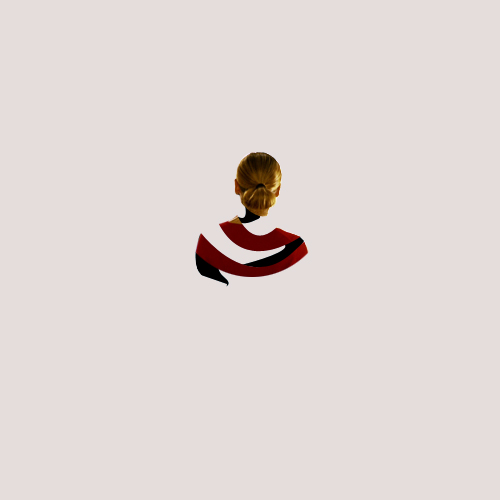 
Blast from the Past:

SadieJude17
Oh my oh my, I got an award!!! *blushes* Thanks so much! I love it here. Awesome job with the newsletter!