Scary memories of the Ouija Board?

Black Thorn
One of the many times I spoke to the dead was when I was an active wizard, of the other two there was a non-magical person and a black witch. The person contacted was very upset by our questions and when we tried to find out is she told us the truth she hurled a book across the table, the book curved in the air away from my friend, a girl who was a black witch.

There was a time I used it. This was a very long time ago, when my life was…well not as great.

Myself and two others used a Ouija board and a few other spiritual items. I can’t recall anything overtly paranormal happening (unfortunately!) but the event of using it really effected me for awhile.

I think it’s just the idea of using something “forbidden” or “taboo”, but I always get freaked out by the idea/possibility of opening a door you can’t close.

I don't know if you are joking about it. I used a joke Ouija board to talk to spirits but nothing happened.
However, talking seriously, I talked a few times with my aunt that after frequenting an esoteric cult and starting to practice "black magic" claimed to be possessed by a "spirit/demon". She became mentally ill and tried to suicide by drinking insecticide. She was diagnosed with paranoid schizophrenia and delusion of possession and she also was reclused in a psychiatric facility for some years, ruining her life and using antipsychotic medication all her life.
I talked to her in order to understand, not that I have a conclusive answer in relation to demonic possessions. Despite living in the same house with her and my grandparents (and being REALLY scared to live on the second floor of that house because of the situation when I was a child and teen), I never assisted at something really explicit that could have given me the certainty of demonic/spirit presence (I have some memories of something strange or events at night but I don't know. I don't have an empirical certainty it can be also suggestion, etc.).
Anyway, she still continues to claim to be possessed.
She told me that this entity told her to kill herself by drinking insecticide because we are like insects.
According to her, "he" (she used the masculine) told her that we/humans are disgusting as animals, that must be mutilated (I am not joking).

After becoming older I talked more to her since I have studied a little history of religions, theology, and comparative mythology.
For example, Yahweh and the Gods and Goddes of Canaan by John Day, an English Old Testament Scholar and professor at Oxford University 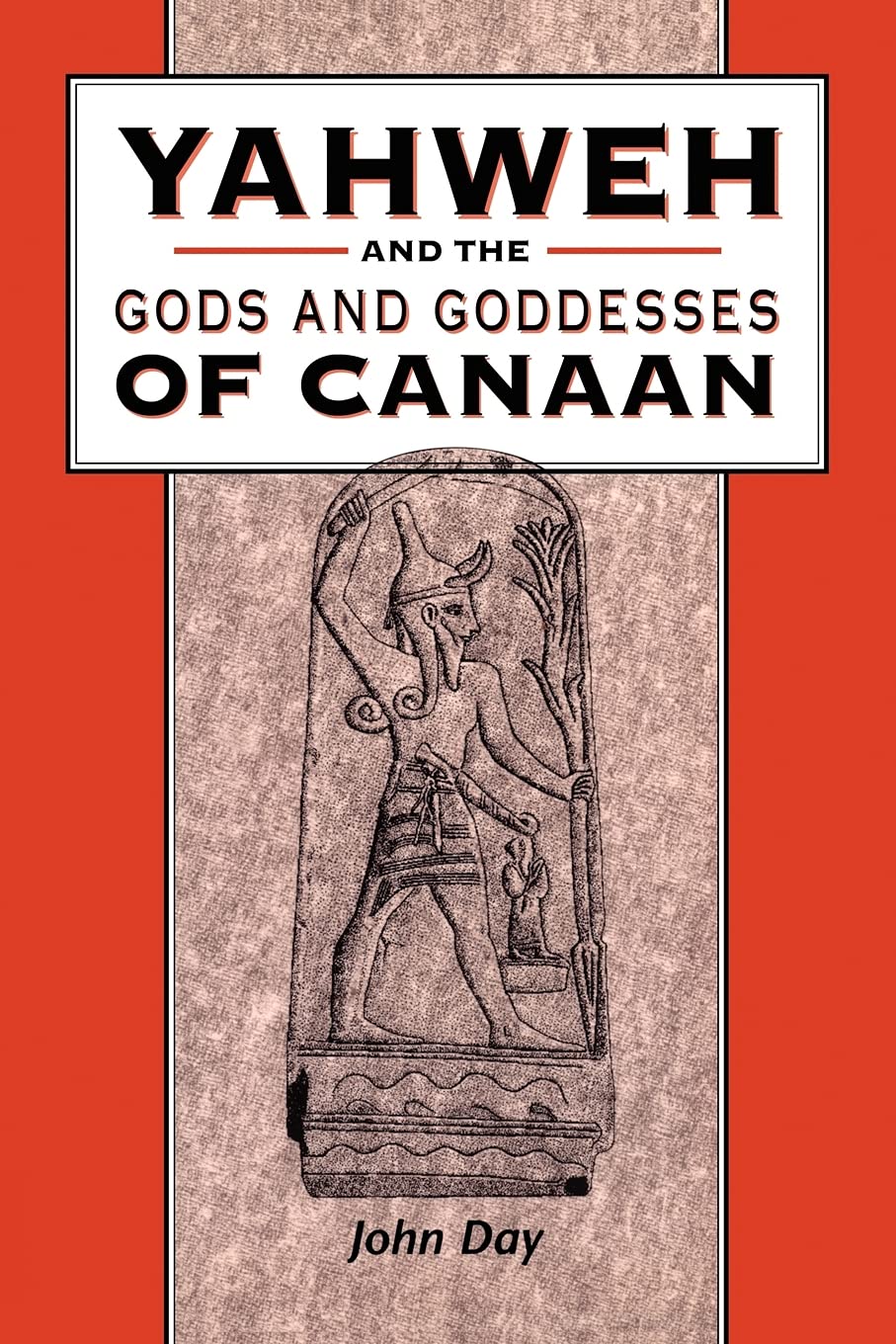 She told me that this entity is inside her and can see me. So, I have asked her some questions about the history of religion and comparative mythology (since we are talking about Christianity not, for example, Hinduism, Taoism or Shamanism, etc.):
1) Christian Demonology
The Christianization of Europe, after the Edict of Thessalonica that declared Christianity (catholicism of Nicene Christians) the official religion of the empire, supplanted the old "pagan" gods.
Monotheism, in particular, the Abramitic religions: Hebraism, Christianity, and Islam supplanted the polytheistic religion (despite Hebraism being henotheistic in the beginning).
These gods were partially "demonized" and became demons with a syncretism that lasted centuries, for example: 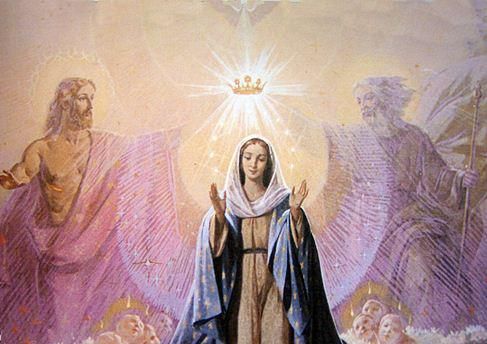 Also, the 36 demons of The Testament of Solomon (an ancient demonology text, a pseudepigraphical text ascribed to King Solomon but not regarded as canonical scripture by Jews or Christian groups) were related to the 36 Egyptian gods linked to the 36 decans (since Astronomy/Astrology of Ancient Egypt was based on decans and not on Zodiacal Signs).

In terms of the history of religion and mythology, the demon Astaroth of Occultism or Satanism is the "demonization" of the Canaanite goddess Astarte (the Sumerian Inanna and the Babylonian Ishtar) that got also syncretized in the Virgin Mary as Queen of Heaven. As a matter of fact, also Innana/Ishtar were considered "Queen of Heavens" in ancient times.

I asked her and this entity these questions: How is it possible that the demon Astaroth is a demonization of the Canaanite goddess Astarte? And Lucifer, the so-called Prince of Darkness?

2) Jesus Christ
The real "historical Jesus" was a Galilean Jew that lived in a time of messianic and apocalyptic expectations.

(From the Syrian city of Dura Europos, dating from about 235. Jesus is depicted dressed in the style of a young philosopher, with close-cropped hair and wearing a tunic).
The iconographical depictions of Jesus, Mary, Michael the archangel, and God the father were influenced by other mythologies during the rise of Christianity in Greco-Roman time. Jesus' early representation was also similar to Hermes/Mercury (and the link to magic) where Jesus the Good Sheppard was linked and similar to Hermes Kriophoros and his depictions in the catacombs of Rome.

Aion, Mithra, Helios, and Phanes and the Zodiac 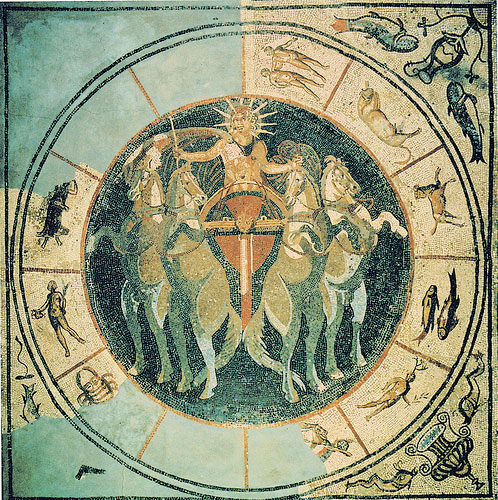 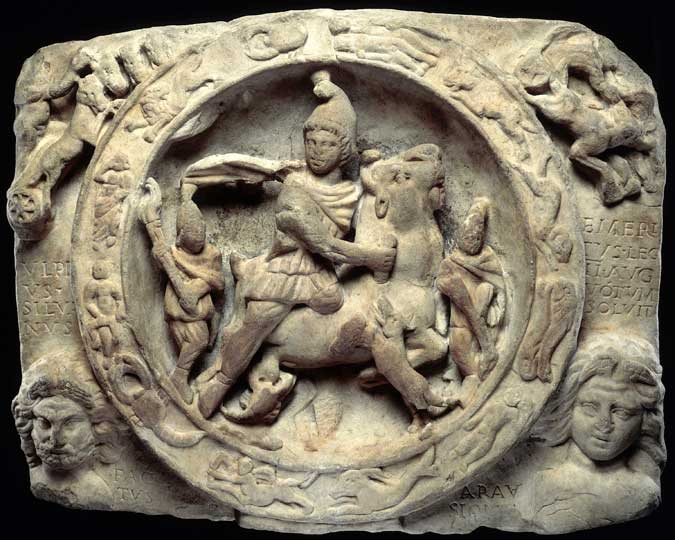 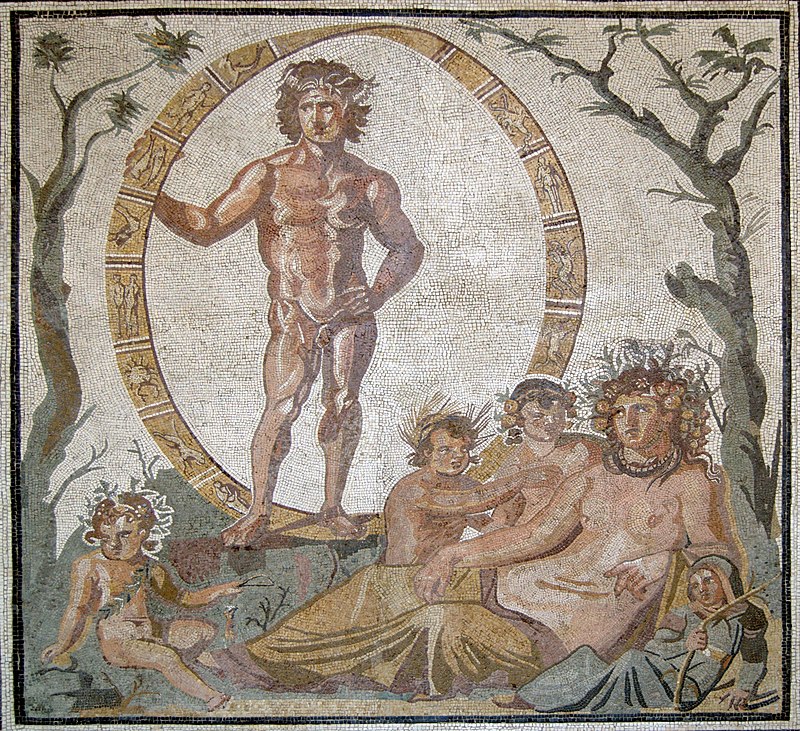 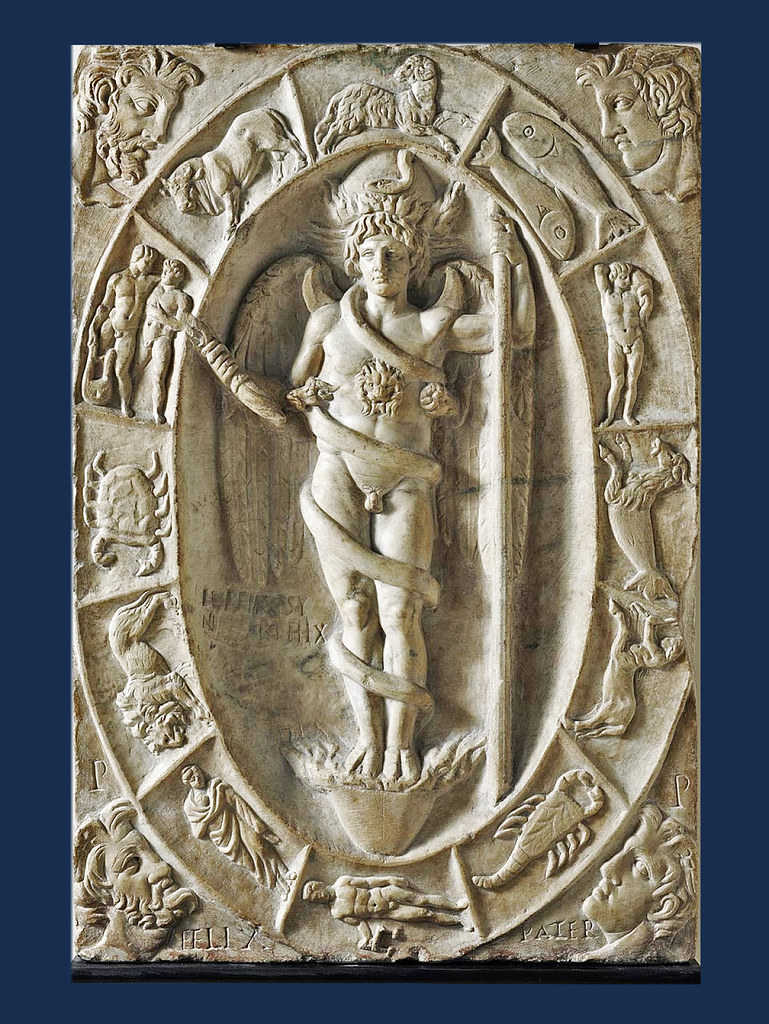 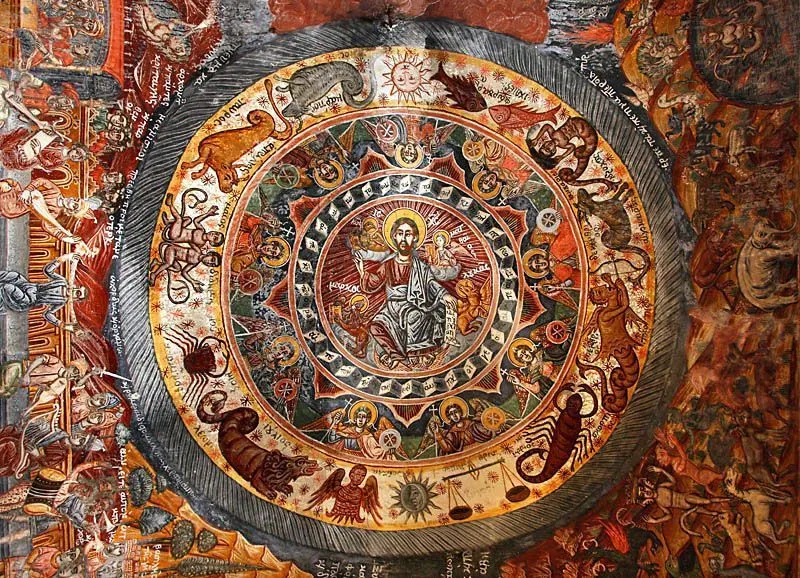 Aion, Mithra, Helios, and Phanes influenced the representation and theological attributes of Jesus through religious syncretism during the passage from Greco-Roman "Paganism" to Christianity in 3-4 centuries with the Christianization of Europe.
The "God in flesh", "The Absolute in the One", and "The Infinite into the Finite", are attributes that are the basis of the theological dogma of the incarnation of "God" in a man.

Jesus and 12 Apostles= The Sun and 12 Zodiac Signs
Jesus was, also, linked to the Sun and Sol Invictus, as a matter of fact, the 12 apostles were related to the 12 Zodiacal Signs.
The "Western" Zodiac is based on the Earth's revolution around the Sun. As a matter of fact, the 12 signs of the Western Zodiac are called sun signs. Aries is the first sign of the Zodiac because in ancient times it began just as the Sun transited to the point where the plane of the ecliptic intersects the Earth's equatorial plane. That point is called the First Point of Aries or Gamma point.
The Sun cross on Jesus' head represents the Sun at the center of the 12 Zodiac signs. 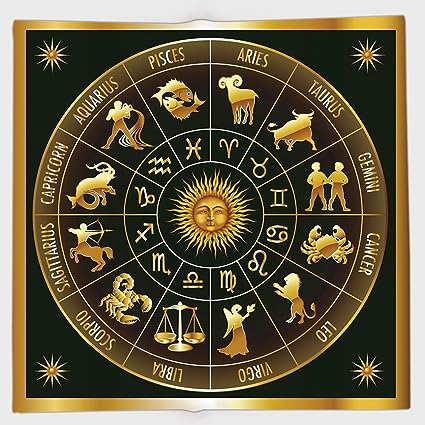 I have asked these questions (showing also the images) to this entity, but "he" never answered. My aunt told me that "he" didn't want to talk because "he" is manipulative and deceptive. It is a possibility, unfortunately, I don't believe it.

Black Thorn
@Nothing13
How did you show those images to a being you were only speaking to?
N

How did you show those images to a being you were only speaking to?
Click to expand...

Because my aunt claimed that this entity could see through her eyes (she also said that "he" could see me), I have shown some images of ancient manuscripts, mosaics of the Christian religion, demonology, etc. However, I don't have a conclusive answer in relation to the reality of demonic or spirit possession.
Scientifically speaking and according to psychiatrists it is only mental illness, and I follow principally the scientific point of view of reality; however, since my grandfather, my grandmother, and my aunt were/became mentally ill after my grandfather returned from Africa (Lybia); I am also open to other "interpretations" if there are empirical basis.